​'I use my work wherever possible to raise awareness of conservation issues,
​as well as funds for the charities supporting them.
Below are some of the charities I am involved with, ​along with paintings created for them to support their cause'

David Shepherd Wildlife Foundation
Partner Artist
​
​DSWF is a highly effective wildlife conservation charity funding key conservation projects across Africa and Asia. Their mission is to increase awareness to people around the world about the need to protect and conserve wildlife and their habitats.

Born Free Foundation work tirelessly to ensure that all wild animals; whether living in captivity or in the wild, are treated with compassion and respect and are able to live their lives according to their needs.

As a leading wildlife charity, they oppose the exploitation of wild animals in captivity and campaign to keep them where they belong – in the wild.

They promote Compassionate Conservation to enhance the survival of threatened species in the wild and protect natural habitats while respecting the needs and safeguarding the welfare of individual animals.
​
​Animals Asia

Founded in 1998 by Jill Robinson from her home in Hong Kong, Animals Asia promotes compassion and respect for all animals and works to bring about long term change. They work to end the barbaric bear bile trade, which sees over 10,000 bears kept on bile farms in China, and, according to official figures, almost 1,000 suffering the same fate in Vietnam. Animals Asia has to date, rescued over 600 bears, caring for them at their award-winning bear santuaries in China and Vietnam. 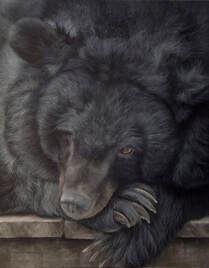 OAUK is a registered charity based in the South of England, dedicated to the rehabilitation and preservation of orangutans and the conservation of their habitat.

The appeal is authorised to work on behalf of the famous Sepilok Orangutan Rehabilitation Centre in Borneo. Whilst filming his series of ‘Animal Orphans’, radio and TV presenter, Paul O’Grady visited the centre. He described the experience of meeting the orphaned orangutans there as ‘heart wrenching’ and fell in love with one orphan in particular ‘Archie’. After his visit, he became a Patron of the charity.
​Sheldrick Wildlife Trust

Born from one family’s passion for Kenya and its wilderness, the Sheldrick Wildlife Trust was established more than 40 years ago and is best known for its Orphan’s Project; the first and most successful elephant orphan rescue and rehabilitation program in the world. The Sheldrick Trust is a pioneering conservation organisation, dedicated to the protection of wildlife and the preservation of habitats in East Africa.
​Wildlife SOS

Wildlife SOS was established in 1995 by a small group of individuals inspired to start a movement and make lasting change to protect and conserve India’s natural heritage, forest and wildlife wealth. Today, the organisation has evolved to actively work towards protecting Indian wildlife, conserving habitat, studying biodiversity, conducting research and creating alternative and sustainable livelihoods for erstwhile poacher communities or those communities that depend on wildlife for sustenance.
​
Explorers Against Extinction

Explorers Against Extinction is a wildlife conservation campaign organised by registered UK charity the Real World Conservation Trust. The primary aims of the campaign are to raise awareness about the threats facing the world’s most iconic species and their habitats, while also raising significant funds for nominated projects pivotal in the battle to protect them. 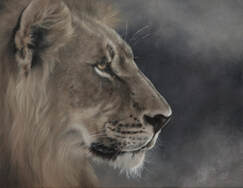 Secret World Wildlife Rescue specialises in the rescue, rehabilitation and eventual release of orphaned and injured wild creatures. It is run entirely on donations and runs a wildlife rescue service in the South West of England.

Each year, more than 5,000 wild animals are helped by Secret World Wildlife Rescue. Together with a dedicated team of staff and volunteers, they continue to care for all manner of creatures; from the tiniest harvest mice and bats to badgers, swans, foxes, deer and otters.
​Save the Elephants

Their mission at Save the Elephants is to secure a future for elephants and sustain the beauty and ecological integrity of the places they live, to promote man’s delight in their intelligence and the diversity of their world, and to develop a tolerant relationship between the two species.
Battersea Dog’s and Cat’s Home

From the moment they welcomed their first stray dog in 1860 Battersea Dog’s and Cat’s Home have been placing their animals at the centre of everything they do. More than three million animals later, they’re still working hard to achieve their vision that every dog and cat should live in a home where they are treated with love, care and respect. 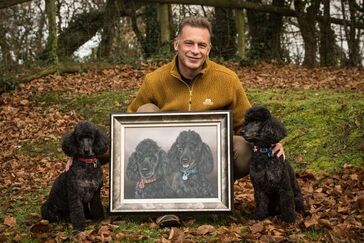 'My beauties ! Itchy and Scratchy have been perfectly captured -
I can almost hear them panting !
Emma has done a fantastic job of immortalising my two best friends ever
and for such a great cause'  - Chris Packham
Boon Lott's Elephant Sanctuary
Bles is passionately devoted to creating a safe and natural home for Thai elephants. They care for rescued and retired elephants, allowing them to interact freely within 600 acres of forested land.

Bles allows elephants to live in an environment that encourages them to rediscover their true identity and natural social interaction. Basic skills such as natural foraging, swimming, scratching and dust baths – all things that have been denied to most of their rescues for most of their lives.

Their unique sanctuary is just that to the elephants – a haven that allows them to simply be. There are no rides, shows or painting projects – just elephants who have finally been allowed to live with dignity and respect. 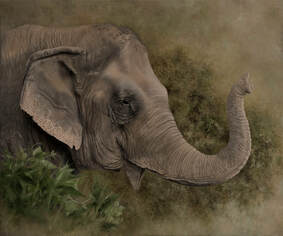 Founded in 2004, Belize Bird Rescue is an avian rescue, rehabilitation and release centre for all indigenous avian species, with a focus on wild-caught parrots liberated from the illegal pet trade in Belize.

Their mission is to encourage empathy for and awareness of the importance of the preservation of indigenous bird-life by means of education, conservation, enforcement and rehabilitation. 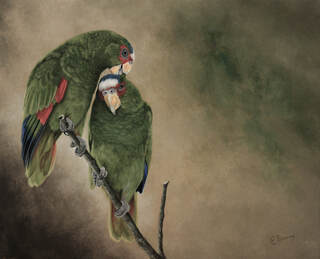